AQED is run almost entirely by volunteers. Its management is divided between a board of directors and an administrative director. The people who work within the association are part of committees overseeing various projects and mandates.

Marine is first and foremost a mother of two homeschooled children. For her, learning as a family is a logical decision allowing her to spend quality time with her children and to follow their pace and interests.

In 2017, she completed her master's degree in educational administration focusing on social norms in family learning support groups,  and she is currently preparing a doctorate on the socialization of family-educated youths at the Université de Montréal. She is also co-founder of an activity group for out-of-school children in the Montreal area.

Marine has served as chair of AQED’s board of directors since March 2020. Among her many responsibilities, she is in charge of relations with the Direction de l'enseignement à la maison.

Emilie had not anticipated that homeschooling would be part of her life. Top of the class in her youth, a model and docile student, school seemed to be the way to go without saying. There were a few slow moments and times of exasperation, but nothing that justified questioning the established order.

Then, pregnant with her second child, she attended a conference on unschooling at a congress of La Leche League. What a reveal! She felt completely attracted to this way of life. She had the right profile: a bit of an environmentalist (project manager in a renewable energy association), a follower of positive parenting (mothering, prolonged breastfeeding), children not in daycare… And from research to research, the magic happened!

Now a mother of four, none of which went to school. She loves spending time with her kids and learning with them. She is very active in her region and community. She organizes art workshops, sports classes and conferences. She is best known for the hybrid co-operative-style shared education models she has developed in the Outaouais. She has been AQED’s representative for this region since 2018. She joined the AQED Board of Directors in October 2020.

As a mother of three homeschooled children who have never attended school, Tanya enjoys getting involved in causes that are dear to her heart. For her, family education is an important right that needs to be protected. This way, all families can choose to live this adventure together, an experience to which Tanya believes few things can compare.

Tanya began her involvement with the association by volunteering with the team providing support to members. In May 2019, she became a member of AQED's board of directors. She serves as treasurer.

Laurence has an insatiable thirst for knowledge. She is currently a student in French Literary Studies, having previously studied Animal Health, as well as Human and Natural Sciences. She has been tutoring French at the college level for several years. Laurence was herself homeschooled until secondary 4, now her children enjoy the benefits of learning as a family.

Laurence is a passionate and generous person who is involved in her community. She loves to help, which is why she originally started volunteering with AQED's support team. She is also involved in her regional support group, in her community's family-centered organizations, as well as in the Optimist Club. She takes on one project after the other. She has decided to give further of her time, energy and ideas to AQED by joining the Board of Directors.

Born and raised in Germany, Eva Chandler first earned her master’s degree in archaeology before moving to Canada and starting a family. She has been homeschooling her 3 children since 2017, when she and her husband decided to pull her eldest out of her first grade class, and they never looked back.

Her educational style could best be described as “relaxed eclectic”, mixing traditional pedagogy with a child-centered approach, and plenty of free time to enjoy life as a family.

Eva has been volunteering with AQED’s support team since 2020, where her main focus is to help the Allophone and Anglophone homeschooling families.

Gina Picone is the mother of three neuro-divergent children and an educator at heart. She has spent many years volunteering in schools, sports, and events alongside her children. Her parenting experience has taught her that every child succeeds when given the space to explore their interests and work through their difficulties.

Her homeschooling journey started 11 years ago when she decided to take her eldest son out of school to give him the one-on-one support that he needed. Although it came with struggles, it was the best decision she could have made for him. At that time, she had one child at home and one in school. This helped her see that every child learns differently, and confirmed that learning in a classroom doesn’t work for everyone. Gina is now a member of AQED’s board of directors, and continues to be a homeschooling parent. 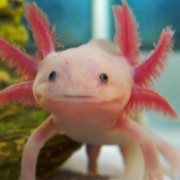 As the mother of three neuro diverse children, homeschooling was a natural choice for Sophie and her family. Trained in special education and a TEACCH Certified Professional Practitioner, she has had the opportunity to explore many school environments as a  resource teacher, special education teacher and adult educator. She wanted to give her children a different start.

Sophie is currently teaching at the adult education level and is a  resource teacher in private practice. She has also just started a post-graduate course in  psychoeducational well-being in an educational context.  All while of course fulfilling her main role as a mother-educator to 3 amazing kiddos.

Involved with AQED since 2018, first as a volunteer with the member support team and now as an administrator on the board of directors, Sophie loves being able to accompany families who are just starting the DEM process, without being able to stop herself from also chatting a bit about pedagogical approaches with interested parents. She also accompanies families who are experiencing challenges later in their homeschooling journey and who need further guidance.

Maude came to AQED in the midst of the political storm of the 2019 homeschooling regulation change. Despite the fact that she had no knowledge of home education, she quickly familiarized herself with the issues faced by those in this wonderful field.

Maude is involved in several areas of the organization's management, but the members will know her most from the "admin box". She helps guide people with kindness and gentleness. As a young mother of 4 children, she is able to deal with all kinds of situations. Her versatility and resourcefulness are greatly appreciated by all!

When her children were younger, Maude loved the world of motherhood and all that it entailed so much that it inspired her to become a breastfeeding sponsor. Now that her children are getting older, she has decided to go back to school and has started to work toward a certificate in feminist studies in the fall of 2020.