Marine has served as chair of AQED’s board of directors since March 2020. Among her many responsibilities, she is in charge of relations with the Direction de l'enseignement à la maison. 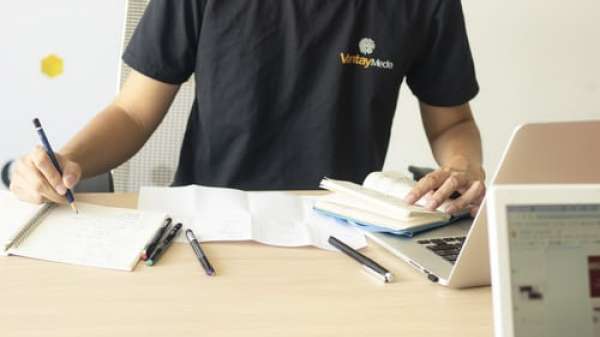 As the pandemic continues, homeschooling parents are tired. They are tired of not having access to their homeschooling friends and to their usual educational and social activities. In short, they miss their support network. They are also frustrated that they are not given equal treatment to schools in that they are not allowed to form their own educational pods or bubbles.

More than that, though, homeschooling parents are under pressure from the demands and oversight of the Ministry. They worry about being forced to divide their educational practice into skills and activities that track with the Quebec Education Program (QEP), as stipulated by the homeschooling regulations. And, with time lost to filling out administrative documents,they worry about losing quality time with their family and for self-care, both of which are essential in the context of the pandemic.

[Please find below an excerpt from the translated article from Marine Dumond: “L’apprentissage en famille : note de synthèse”, published in the fall of 2019 in the Education Science Review at McGill University.]

In using the concept “better,” a comparison can be made  between the two systems; one which implies that homeschooling can or should be measured against traditional schooling, and which further implies an acceptance of the goals and objectives of the traditional school system.

However, this idea of “better” rests on the concept of a “good education”, a very broad and undefined concept that encompasses everything from an education adapted specifically to one child to the political and cultural conception of education of a generation of children within a society (Pattison, 2015).

When we consider that homeschooling is “different” from traditional education (or education at school), a new model emerges, one that can seem incoherent relative to school norms. It is unsettling and disturbing for many citizens to encounter a school-aged child not in school, because it represents a deviation from social norms. And, what happens when this child follows a progression, encounters material, lives at a rhythm or aims for objectives that differ from a normal schooling curriculum?

This scenario becomes a challenge for authorities who then problematise the situation, given the lack of data on the number of homeschoolers, their academic accomplishment or the success alternative educational models. This is especially challenging in a society that attaches particular importance to numerical and standardised evaluation.

Homeschooling finds itself in a position of incompatibility and incomparability with its normative equivalent (education in its traditional sense), and it is this that the study of homeschooling could allow us to expand: the concept of Education beyond what is currently accepted.

The term “suitable education” should therefore not be linked to schooling but to the requirements necessary to live in a given society and to the international agreements signed by that country (Davies, 2015). For this purpose, the Convention on the Rights of the Child (1989) states in article 29 that “States Parties agree that the education of the child shall be directed to:

(a) The development of the child's personality, talents and mental and physical abilities to their fullest potential;

(b) The development of respect for human rights and fundamental freedoms, and for the principles enshrined in the Charter of the United Nations;

(c) The development of respect for the child's parents, his or her own cultural identity, language and values, for the national values of the country in which the child is living, the country from which he or she may originate, and for civilizations different from his or her own;

(d) The preparation of the child for responsible life in a free society, in the spirit of understanding, peace, tolerance, equality of sexes, and friendship among all peoples, ethnic, national and religious groups and persons of indigenous origin;

(e) The development of respect for the natural environment.”

Moreover, since the 20th century, a vast majority perceive schooling and education as synonymous, and, because parents ask the state to take care of the education of their children for them, they therefore grant the state the following roles:

In the case of homeschooling, parents do not ask for the help of the state, who, in this case would theoretically play no role in the education of the child. However, in practice, the state does have a role in the process of defining what is an “appropriate education,” particularly in terms of: 1) its responsibility to ensure the rights of children to obtain an education and 2) its own civil and economic interests relative to the education of its future citizens.

Back to the situation in Quebec

With respect to homeschooling: can the development of fundamental skills in literacy, numeracy and problem solving, as outlined in the Education Act, only be achieved through the modalities spelled out in Quebec Education Program?

Is a child’s right to an education jeopardized if they are not exposed to the Quebec Education Program? Would this be reason to infer that the education provided by the parent-educator is not “appropriate”?

In the current context, in which the QEP is imposed onto homeschooling families, some creative parent-educators will manage to align their actual educational activities at home with the administrative boxes to be checked, even at the expense of wasting valuable time with their children. Other parent-educators, when faced with this same administrative burden, would rather change their educational activities and intentions in order to simplify their lives. Parent-educators are not meant to be experts in the QEP (if they do not want to be). And, though they are not professional educators as taught in university, they are experts with regard to their children. Changing their educational practices to comply with administrative demands may compromise the parent’s original educational vision, which is in the best interest of their child.

Some food for thought, with respect to the concept of an “appropriate education” (as defined by the Education Act): should we keep in mind the main educational principles from the Convention on the Rights of the Child when building an acceptable framework for homeschooling, or is the success of the Québec school model so impressive that we should continue to impose it (with all of its consequences) on all children residing in Québec?

The excerpt of the article mentioned above describes that a “different” education cannot necessarily be measured against the traditional schooling model, because they function differently. In other words, it’s not useful to attempt to reproduce or to impose a schooling model in a homeschooling environment, particularly during a global pandemic.

More generally, a “different” education should be encouraged, because it allows for innovative practices that respond to current issues in education and to the challenges that lead families to withdraw their children from school in the first place. It is quite possible that other families, who stay within school system, are experiencing similar challenges.

To close off on a personal note: my compulsory schooling from  ages 6 to 16 years old took place in France. I was therefore not exposed to the QEP in its entirety. However, as someone holding a Master’s degree in Education from a Québec university, I consider myself a functional member of Quebec society. In actuality, a large majority of adults in Quebec were not schooled using using the 2021 version of the QEP, and we are doing very well, thank you.