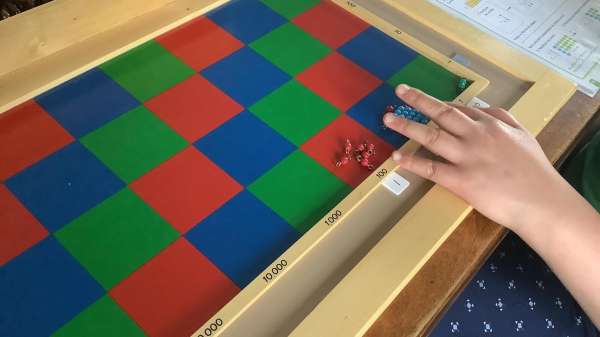 Montessori, the origins of the method!

The first thing that drew me to this method was the use of manipulatives. Over time and with a lot of reading, I became interested in the life of the creator of the Montessori method. What I discovered has helped me greatly to understand the different choices made in the development of Montessori workshops. Everything is coherent in this universe and  I am hooked. I will give more detail about the different choices in my coming articles, but for now, lets talk about the origins of the Montessori method.

The Montessori method was invented in Italy. It bears the name of its creator, Maria Montessori—a woman with an exceptional background. She was one of the first female doctors at the end of the 1800s. At that time, we must remember, popular opinion did not favour  the pursuit of higher education by women, which created (among other consequences) a weak feminine influence in many domains.

The Montessori method was invented in a children's psychiatric clinic where Maria worked. Based on her observations of how children with mental disorders were treated, she began to think of many ways to change the system. She noted that the patients in this facility were often left alone in an empty room all day, without any materials or activities. They had no involvement or interaction with the world or the people around them. She took a different view of the child and documented her observations.

She then proceeded to make many changes. First, she adapted the furniture so that it was adequate and usable by children of all ages. She then made changes to the environment by adding elements from nature (such as flowers and plants), in order to beautify their living space but also to put children in contact with the living world and the care it should receive. Furthermore, to encourage the involvement of each child and to stimulate their interest in academic learning, she set up different workshops: practical life, sensory, reading, writing, language, geography, mathematics and history. By stimulating all their senses, the children came to master concepts that were previously inaccessible to them. This is the foundation for the vision of the Montessori method—that each child is born with a thirst to learn and a natural curiosity that pushes them (in accordance with their interests) to test, verify, elaborate, appropriate, collaborate.They are born complete! They are eager to know and it is this rich, safe and varied environment that enables them to push the limits of their knowledge. By actively involving the children in their learning, the child gains understanding of more complex notions. They can explore using different senses and understand by themselves the world around them. They are not a spectator, but a participant in the journey. The adult has the role of a guide and not a source of absolute knowledge, which favours a benevolent relationship. Surprisingly, when the first Montessori institutions opened, Maria only hired people from backgrounds other than teaching, so that they wouldn’t alter the method!

Thanks to this woman’s determination and the documentation that she made over many years, she has left us with a precious inheritance and tools that are still relevant. We simply need to adapt them a little to the reality of homeschooling!